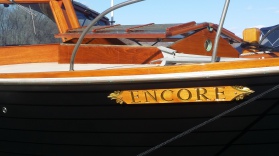 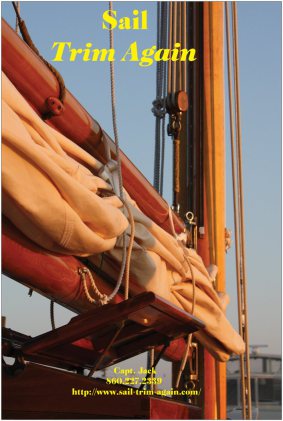 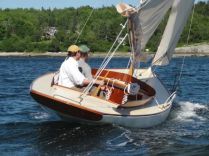 PIXIE is a historic racing sloop. 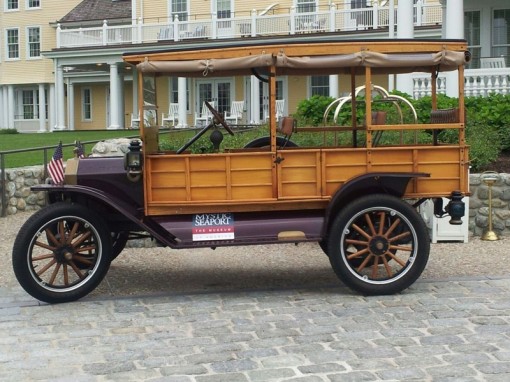 Capt. Jack's 1913 Model T.  Special Requests and on certain tours and special occasions, Capt. Jack will pick you up and for a drive around Watch Hill. 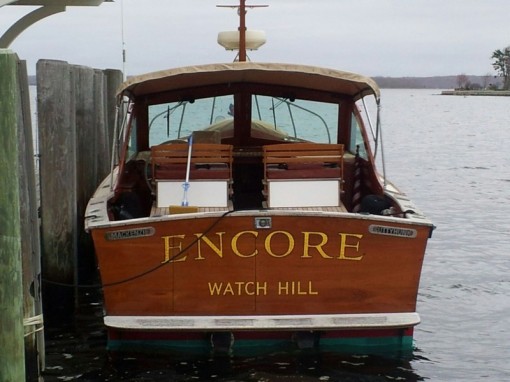 ENCORE is a converted and restored swordfishing boat. During PROHIBITION, RUM RUNNERS were sea-worthy fishing vessels that were repowered to outrun the Revenue Cutter Serice, todays Coast Guard. ENCORE was originally built for long fishiing voyages in the rough Atlantic Ocean. Rum Runners would have to "runout" to Rum Row which was 3 miles from shore to pick up spirits on ships anchored outside of the reach of the U.S. Government. ENCORE has been the subject of many articles over her lifespan. Built as a charter fishing boat out of Montauk, NY she regularly fished Georges Bank (a large elevated area of the sea floor between Cape Cod, Massachusetts, (USA) and Cape Sable Island, Nova Scotia) known for very difficult and dangerous sea conditions. Capt. Jack saved ENCORE from the scrap yard and engaged the well known Wooden Boat restoration team of Taylor & Snediker to restore her to as new condition, as well as complete cosmetic design modifications that brought her up to yacht standards. Capt. Jack redesigned her interior spaces as well as rearranged her cockpit for comfortable cruising. A very fast (700 HP) and sea kindly yacht, ENCORE is designed for open sea crossing such as we have in Fishers Island Sound and Block Island Sound. 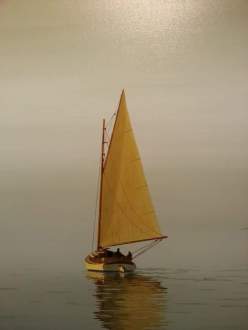 TRIM AGAIN is considered the finest catboat ever built. A joy to sail and comfortable to be aboard. Her bright work is amazing. Comfortable, stable and roomy TRIM AGAIN will make you smile. Built for a wealthy coffee merchant, Capt. Jack purchased her 26 years ago at the point she needed attention. TRIM AGAIN is an original and NOT restored, but maintained to the highest levels. She recently underwent refastening of her bottom (not that she required it; 80% of her original fastners were in excellent shape, but part of the rigorous maintenance program of Capt Jack). The fasteners were replaced with MONEL SCREWS @$4.15/screw, the best of the best materials has and continues to be part of The TRIM AGAIN legacy.