Viewing Race Rock, Little Gull Light is sea condition dependant and at the discretion of the Capt. 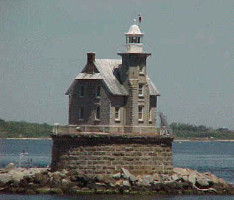